And then another two months had passed! Man, life really goes so much faster when you’ve got a bit of routine in your life. Here’s a few of the highlights of our winter in Wanaka so far. 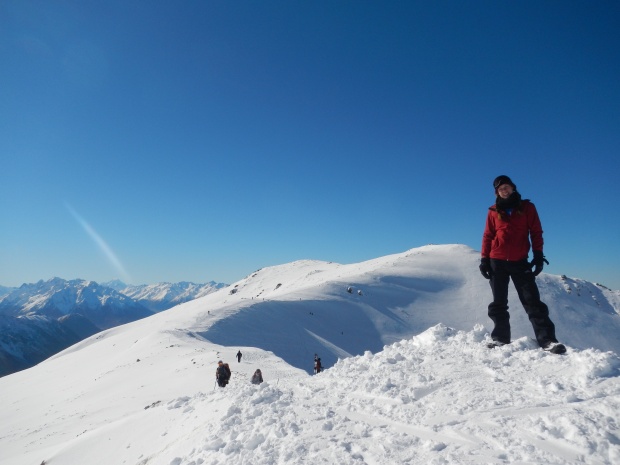 Winter at its best: snow on the mountains and bluebird days to go up and enjoy it

Even though everyone keeps telling us this has not been the typical NZ South Island winter, we have managed to get out into the snow a couple of times. Thomas bought touring skis and I decided to stick with what I know and buy a snowboard. We’ve checked out a couple of the local skifields (there’s four not far from where we live plus a few further afield) and got our groove back after not doing any skiing/boarding for nearly ten years. 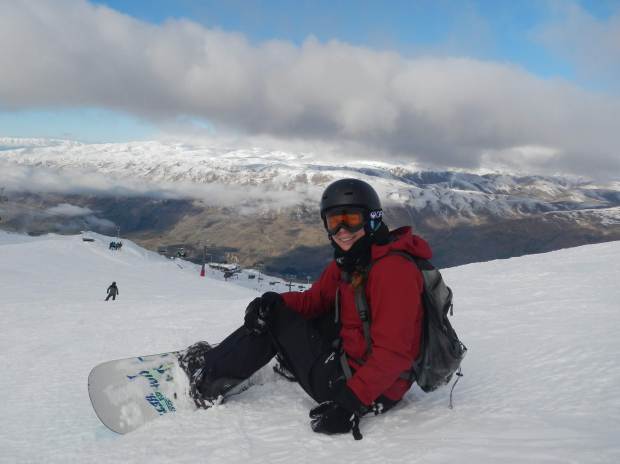 Still (kinda) know how to snowboard! Not bad after ten years

We also did an Avalanche Course, learning heaps about how to avoid getting caught in an avalanche as well as what do do if we would find ourselves in a situation like that. I was lucky enough to also join a one-day Alpine Course for free, which was the perfect refresher of the Snowcraft Course we did two years ago. Both courses were super useful for both our mountaineering as well as any future backcountry ski/snowboard trips.

Perfect classroom to learn more about the alpine environment

Thomas has been following a strict training schedule for his climbing in the past few weeks, to see what he could gain from such dedicated training. He was able to put his new strength to the test at the National Indoor Bouldering Series in Christchurch, where he got second place in the Masters Male catagory (35+ years).

He’s also helping out at the local climbing gym, setting some boulders and routes in return for some free climbing sessions. As for me, after three months (!) of not climbing due to a shoulder injury, I am finally back on the wall and loving it. I’ve met some great girls to climb with, always nice to climb with strong females that climb at the same level as you (sorry Thomas..).

Since our Armstrong mission, we haven’t been out hiking all that much (too many snow-related activities to choose from!). I still take Sabai the loan dog out for long walks and runs, which is always good fun. I am also helping out with pest trapping in the Makarora area, which is a great way of getting out on a nice hike in the bush while doing something worthwhile, and you meet some lovely people on top of that.

Sabai likes running and hiking just as much as I do, yay!

I’ve also managed to tick off a few more of the local bike trails. Funny story: I met a girl while cycling and we ended up having a coffee before we rode back together. We even went on another ride together later that week, which was really nice.

I have signed up for an adventure race, which will be a combination of running/hiking and mountainbiking, all while navigating using topo maps. Should be great fun, and it means I have a legitimate reason to go on even more hikes and bike rides, as those are now called “training”!

Few more random things that have happened: I went up to Fox Glacier to help with Operation Tidy Fox, a large-scale procedure to try and clean up all the rubbish that spilled from an old landfill into the river. Yep, you guessed it, still from this massive storm back in March! It was really nice to be able to go up and help out for a few days, with the great people and amazing views as a nice bonus!

I had my birthday back in August, which was celebrated with a weekend-long party including a hike, hotpools, a massive dinner, camping and snowboarding. Not a bad way to celebrate turning 33, I’ll tell you! Straight after snowboarding I hitchhiked to Christchurch and took a plane to Brisbane, but that adventure deserves its own blog post.

When I came back to New Zealand, Thomas picked me up in Christchurch and we had a nice holiday weekend in the van, spending some time with friends from Auckland. It was unusually warm, which made it so nice to be back in the van, and got me all excited for summer and some more vanlife adventures!

2 thoughts on “Winter in Wanaka”

WANT TO JOIN US?